Hello Everybody – Here’s my book review for Sept/Oct 2022.

I have a bumper edition for you this month as I missed posting in September as life was a bit hectic.  I had my son staying with his girlfriend, so we were busy sightseeing and enjoying our local area.  Plus it was the end of term for my two youngest boys,  so they needed some help and guidance getting assignments and exam revision done.

A bonus book experience I had in October was the opportunity to attend a free author talk at our local library.  Sadly, I had booked to go and listen to Ann Cleeves in September as well, but due to a hospital appointment clashing I ended up missing it.  It’s really interesting that many established authors are committing to smaller library venues, often offering free talks.  My mum is off to listen to Robert Harris talk in the UK soon which I am very envious of.   So, if you fancy going to listen to an author and discover how they developed their writing and ideas check out your local library.  You might be surprised at what’s going on there!.

I haven’t read any of the books by Fiona McIntosh but she is a proliferic writer in several genres and appears to have an ardent fan club.  Fiona is originally from the UK, but is now settled in Western Australia.  All her previous novels have been set outside Australia such as in the UK, Europe, India etc.  In the talk, she explained why her lastest book The Orphans is set in Australia … can you guess why?

Covid of course.  Fiona likes to travel to the place where she is setting her books so with closed borders in Australia during Covid she was really restricted in the places she could go.  She also explained that as she grew up in the UK and Europe,  she feels comfortable writing about these areas authentically.  Conversely, even though she has lived in Australia for many years, she was concerned that she might not write and protray it in the way that an Australian would see their country.   The rest of the talk then explained how she discovered the characters and storyline for her new book.  I have bought a copy, so in due course will review it here for you and explain how the story developed.

Overall, Fiona was a very engaging and funny speaker, who I would highly recommend you listen to if you ever get a chance.

Thanks to the following bloggers for allowing me to take part in the #Whatsonyourbookshelf challenge.

Sue from Women Living Well after 50

Please following the link here to check out the other book reviews in this challenge. 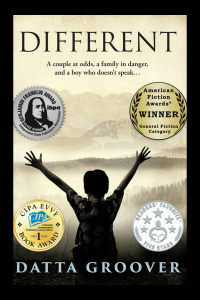 This book is set in America and follows a seemingly normal family,  although conflict is rife from the opening pages.  The main characters Frank and his wife Sofia are struggling in their marriage.  The story begins with them attending a therapist to help them work through their issues.  They have two teenage girls and a younger boy, Sam who refuses to talk.  This also brings conflict into the couple’s relationship as Sofia insists on homeschooling Sam to protect him from the harsh realities of the world.  Frank also holds a deep secret that he has never told his wife or children.

As Frank and his wife’s life begins to unravel due to Frank’s secrets and betrayals, Sam also keeps disappearing in the middle of the night.  What is Frank so scared of and why does Sam refuse to talk and keep disappearing?

This book was a little slow to get started and to be honest I didn’t really connect with any of the characters.  They were well described and depicted but none of them seemed particularly likeable.  The story surrounding Sam was intriguing though and delved into a part of life that is easy to dismiss.  The book maybe needed a stronger structure and pace to make it more successful.

Flowers for Algernon – The play of Daniel Keyes (fiction) 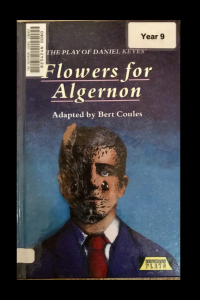 This book was not of my choosing.  My son had to read it for English and needed help working out some of the themes and quotes ready for his English exam.  Thankfully, as it is a play it was a quick read and was enjoyable.

The story explores what could happen if scientists where to try to interfere with human intelligence.  They find a subject, Charlie, to perform an operation on to improve his intellect.  They had previously only tested this operation on a mouse – Algernon, who did become extremely intelligent.  Charlie’s intelligence is tested against the mouse, assessing who can complete a maze puzzle the quickest.  Charlie knows he is lacking intellectually and wishes to improve his reading and writing skills.  The scientists decide he is a good subject for their experiment.  After the operation Charlie’s  intellegience does improve.  He begins to realise how cruel his fellow factory works are, that when he thought they were laughing with him and being friendly, they were in fact laughing at him and making fun of him.  As his intelligence increases he becomes more and more lonely.  When Algernon dies after his intellect disappears, it becomes apparent that the same fate will befall Charlie.

Whilst I wouldn’t have chosen this book, it was an enjoyable quick read and prompted some interesting discussions with my sons.

Overall 3.5 out of 5 but mainly because it wouldn’t be a book I would normally choose. 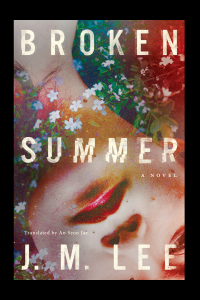 The author J. M. Lee has sold millions of copies of his novels in his native Korea.  The story focuses on Lee Hanjo, a famous artist who has fame, wealth and status.  He is married to his devoted wife who is always there to support him.  Then on his forty-third birthday he wakes to find his wife has disappeared.  All she has left is a manuscript of a soon to be published novel that she has secretly written about Hanjo and his life.  Hanjo soon realises that his life will be destroyed when the novel is published as it reveals a terrible lie from his youth.  That terrible summer long ago where a death, a lie and a secret determined the fate of two families.  But why has she written this novel and why now? Why does she want to destroy her husband?

This is a very literary, character driven novel that is beautifully written.  The story is told from the different view points of each character involved.  I felt the pace of the novel was quite slow but this did make me feel really immersed in the settings and characters.  There were also some good twists and turns to the mystery element of the story.

This is quite a long book which I read on kindle and do feel that it stopped me from becoming as fully immersed in the story as I would with a physical book.  Interestingly, I saw some recent research that states that when we read a physical book we form a map of where different events occur in the book.  Apparently, our brains don’t do this when we read a book on kindle.  I do think that this is what happened slightly with this novel for me.  I found it difficult switching between the different character’s point of view and the different time lines and felt I didn’t have a strong grasp of the storyline.

My recommendation: read the physical book 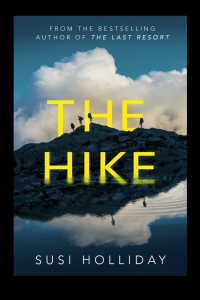 Two sisters and their husbands set off on a hiking trip in the mountains but only two return.  Was there a tragedy or treachery?

Holliday is a new author for me, but has 10 novels to her name.  I shall certainly be checking out more of her work as I did love this book.  The story was really intriguing, and whipped along at a good pace.  There were some twists and turns, which weren’t difficult to guess but somehow this didn’t matter as this was just an enjoyable read.  It was also a bonus that it was set in the Alps, so I felt like I was reliving many a hiking holiday.  Thankfully, none of them were as dramatic as this story! 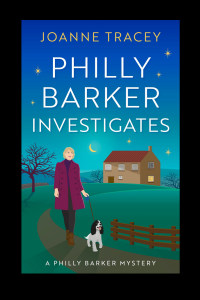 This is the latest instalment from one of my fellow link party members.  You many recall I reviewed The Little Cafe by the Lake Here.  This book is a cosy crime, so think Midsomer Murders and Agatha Christie mixing with Antiques Road Show.

Philomena Barker is an antique dealer living in the fictional village of Chipwell.  At her local auction, she spies a nineteenth-century painting of Whitby in a box of odds and bods.  Her instinct tells her there is something special about this painting so she successfully bids for it.  Little does she know that there is a secret attached to the painting that someone would like to remain hidden.

When her shop is broken into and an elderly customer is violently assaulted in their own home, Philly sets out with the help of the dashing Inspector Robbie Dawkins to solve the mystery before someone else is hurt.

I loved this book as it is exactly what the genre describes on the tin – Midsomer Murder meets Antiques Road Show.  If you love these two shows then you will also enjoy this book.  The characters are all likeable and familiar and the pace of the story keeps you turning the pages. I also love all the reference to food (mmm … my favourite occupation!) and the added bonus is that you also get the recipes for the food described.  Not only can you read the story,  you can also taste the story!

Drop me a comment below, and do let me know what you’ve been reading this month. I love hearing about good books! 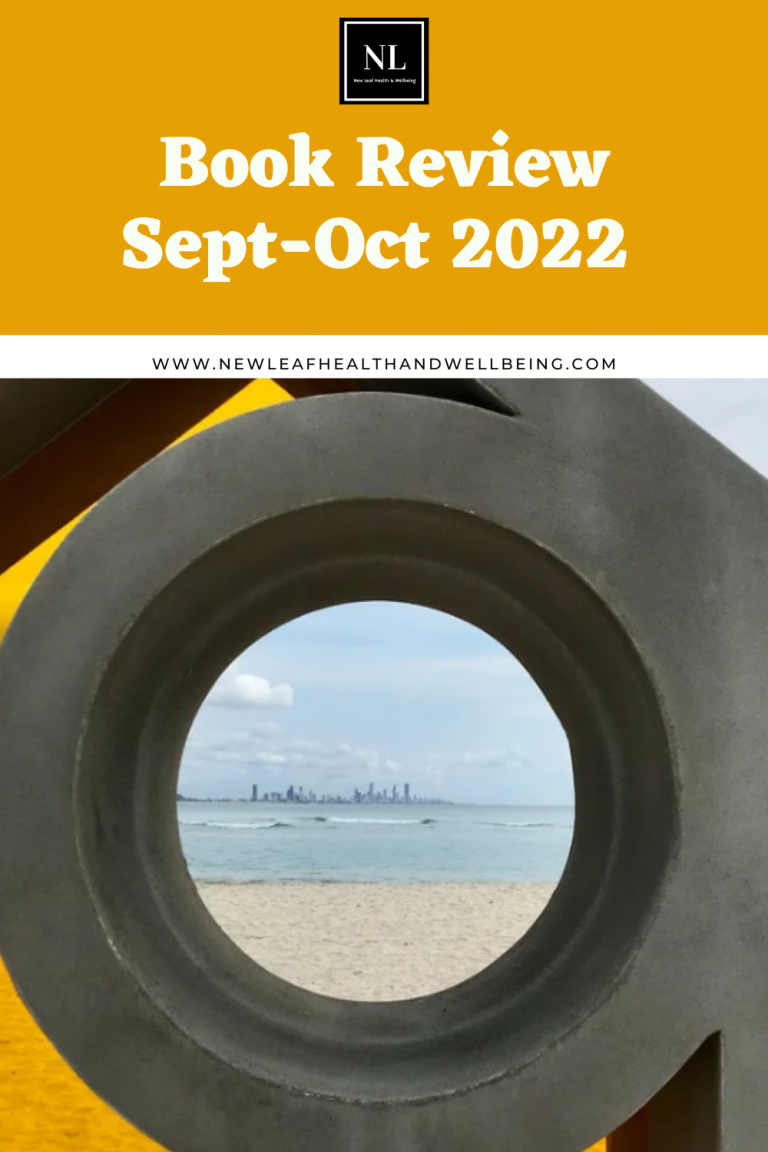