the good stuff in life: holidays, days out, hobbies, all things that make us feel good

Recently, we took a family day out to Cornwall, primarily to view a university for Son No.1.  After doing the necessary business of tours and lectures, we still had the afternoon free.  A quick look at the map helped us decide to pop into Perranporth Beach.  At first glance, I thought it was just a typical sandy beach, much like the ones we usually visit in North Devon.  However, after a bit of exploring we came across some fantastic caves, tunnels (with grates across them) and rock archways with deep rock pools beneath.  It was all very Rupert Bear/Enid Blyton and the kids had a fantastic time.  Well, in fact, we all had a fantastic time.  Son No 1 had just finished his AS exams, so since March there has been strict revision timetables and intense nagging going on, which turns out to be quite stressful to parents, let alone the kids doing the exams.  The mental benefits of an afternoon on the beach soon became apparent.

Whilst the environments of beaches, waterfalls and mountains are invigorating in themselves, science has found that these natural environments also produce negative ions in the air. Negative ions are molecules that have gained or lost an electrical charge. Yes, I know it’s very “science-y” – but these negative ions produce biochemical reactions on the body which increases the release of Serotonin – the feel good hormone.  Serotonin helps to relieve stress, depression and increase levels of energy.  That’s why that walk along the beach makes you feel so much calmer and relaxed.

Other research suggests that the sound of the waves on the beach can alter human brain waves, invoking feelings of relaxation. Although, I guess they need to be calm wave patterns and not stormy, crashing waves!.

If you have a paddle or swim in the sea then the salty water should help your body maintain it’s levels of tryptamine, serotonin and melatonin.  These hormones all have a positive effect on your mental outlook.

So, overall a day at the beach has wonderful benefits for helping to calm and relax the mind and body and we as a family certainly discovered this magic at Perranporth Beach.

Let me know in the comments where your favourite beach is for de-stressing with the family and why.

Notes of interest: Apparently the cliffs at Perranporth are full of smugglers caves and tin mine tunnels which aren’t always safe, so take care and watch out for the tide (more info at www.perranporthinfo.co.uk) 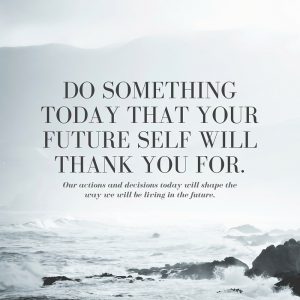 Are you tired with your current lifestyle?  Are you ready to embrace some changes to the way you live, eat and sleep?  Then this blog and website is for you to gain inspiration and helpful tips to succeed. 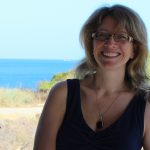